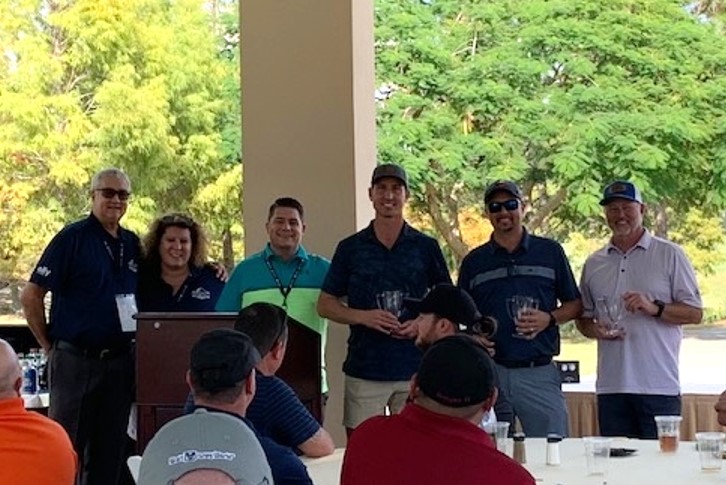 ​Authority Brands kicked off its convention with the First Jack Pruitt Golf Classic on Thursday! This was held at the Shingle Creek Golf Club. The golf event was a ball scramble filled with fun contests, networking, and explosive surprises!​

Authority Brands was able to raise over $8,000 for charity, and that will be donated to the Boys and Girls Club of America. The winners from the golf tournament were Jason Semelsberger, Mike Gregory, and Michael Blackburn. Congratulations to the winners!

Our keynote speaker was Walter Bond, a larger-than-life personality with priceless guidance on adopting a shark mindset to take your business to a new level. We also had a special guest speaker, Matthew Haller, President and CEO of the International Franchise Association, who discussed the future of franchising. The convention offered many excellent speakers and workshops for participants to listen to, learn from, and network with one another.

BuyMax organized the showcase and brought out many amazing vendors to showcase their offerings to franchise owners. We want to give a huge shoutout and thank you to those that were able to exhibit with us at the convention. We hope you had a wonderful time and wish to have you join us again in the future.